B2: Keep on the Borderlands, an event!

I ran B2 today for a small group of players at an event at Gods & Monsters here in Orlando.  Didn't think to get any photos but there wasn't much to see :) The "fun" part was the Dwarven Forge setup.  Generally, I have everything laid out first, beforehand, but this time with B2, I set up as we went because I didn't know what cave area they'd hit first and it wasn't practical for me to set up the entire Caves of Chaos dungeon (not only not practical, not possible - I have a lot of Dwarven Forge but not nearly that much!) The party consisted of a half-elf fighter/cleric, an elf magic-user and a human thief.  They lucked out and were able to hire a small group of mercenaries in the Keep; after spending the night there and trying (unsuccessfully) to get an audience with the Castellan, they departed for the Caves the next morning.  They kept to the road, and eventually found a small, nearly-hidden path that led them to the ravine where the Caves are lo
Post a Comment
Read more 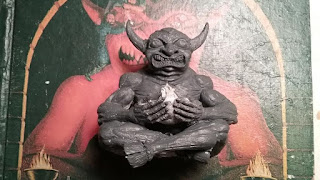 Good News, Everyone! Wizards on the pick-up!

Irritated With the Latest Nonsense From Wizards of the Coast, "OSR" thoughts 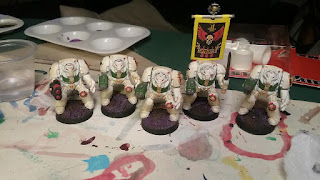 A Battle to the Death in the Chilling Depths of Space!

Now More Than Ever, The Role-Playing Game Community Needs Its Harlan Ellison